The IRS has changed retirement account contributions and thresholds for 2015.

With the fast approaching new year, comes some good news for many from the IRS. The agency is increasing the amount  individuals can contribute to many types of retirement accounts in 2015. 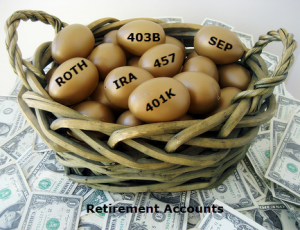 Phase-out Thresholds for Retirement Contributions Also Increase
Some employees participating in these plans can also set-up a tax-deferred Individual Retirement Account (IRA). Under IRS regulations, only individuals below a certain income can create a traditional IRA if their employer provides a workplace retirement plan.

Regulations on IRA Rollovers Also Changing in 2015
If you need to rollover your IRA into another IRA, you can only do so once in a 12-month period after Dec 31, 2014. Starting in 2015, if you make a second IRA-to-IRA rollover in the same 12-month period, the IRS could recognize your IRA account as taxable income and subject it to a 10 percent penalty for early withdrawal. This regulation does not apply to trustee-to-trustee transfers. You can also continue to convert a traditional IRA to a Roth IRA without triggering early-withdrawal penalties, though you may owe taxes on the conversion.

If you want personal advice on the best retirement plans for your situation, please set up an appointment for a FREE Tax Planning Consultation.